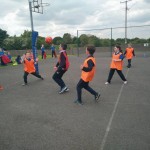 In preparation for the Euro 2016 Soccer Tournament in France, we decided to organise and run our own mini-soccer tournament. 8 teams- Republic of Ireland, France, Italy, Spain, Belgium, England, Portugal and Germany battled it out for a place in the semi-final. Germany and Spain made it to the final in the end, with Spain getting over the line and bringing home the title of Euro 2016 Champions. Let's hope Ireland can do it in a few weeks time.
More 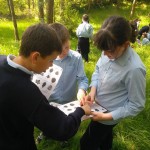 We brought the learning outside into the sun today and took a trip to Shannow Wood. We were identifying and gathering different types of leaves that may be found in the wood. We also examined some minibeasts.
More 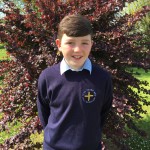 Padraig played for the Cavan schools team during the half time break in the Cavan Vs Armagh Ulster senior football championship game yesterday. He was chosen to play on foot of the skills he displayed throughout the schools football season and also at a skills day recently.
More 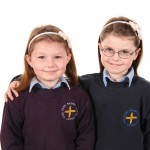 Congratulations to Olivia and Leah  Garside, winner of this weeks draw(€56.00).
More 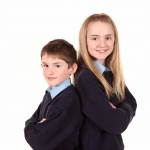 Congratulations to Ellen and Joseph Faulkner and Family, winners of this weeks draw(€52.00).
More 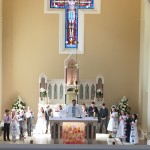 Well done to Ms Tierney and our wonderful school choir who sang so brilliantly during the First holy Communion Ceremony. Here's a snippet of their first hymn. https://youtu.be/y-2GzMnDIbQ
More 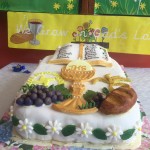 Brianna was burning the midnight oil during the week to prepare this gift for the communion class.
More 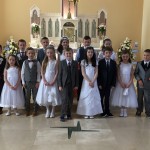 Congratulations to the boys and girls in 2nd class who made their first Holy Communion. A special word of thanks to Ms McKenna, Sr Rita & Fr. Jason for all their help in preparing the class and for the beautiful ceremony.
More 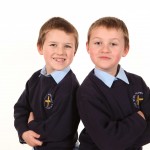 Congratulations to Augustas Skroblas and family, winner of this weeks draw (€50.00).
More 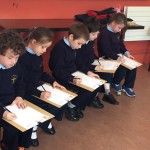